Bull spreads are the most popular vertical spread strategies and correspond to a bullish view on the market. Investors use bull spreads when they believe an underlying asset value is going to increase above a specific level K1 but will not be able to reach a level K2 (with K2 > K1). In this case, investors are willing to capture the positive performance of the underlying asset and pay a smaller premium for this option.

A bull spread strategy can be constructed using call options (bullish call spread) or put options (bullish put spread). Holding a bull call spread requires an initial investment equal to Call (K1, T) − Call (K2, T). A bull spread strategy can also be realized by combining a short position in a put struck at K2 and a long position in a put struck at K1. The strategy is said to be bullish since the idea is to gain profit from selling a first put struck at K2 and expecting the stock price to increase. However, it is important to note that the payoff of a bull put spread is always negative, whereas the payoff of a bull call spread is always positive. This is due to the fact that an investor holding a bull put spread strategy is in fact selling a product and receives a global premium equal to Put (K2, T) − Put (K1, T).

The bell shape of the curve reminds us of the shape of the Gamma of vanilla options. The Delta of a bull call spread is always positive, which proves that the holder of the bull spread strategy is always long the stock price.

The Gamma and Vega of bull call spreads are more difficult to manage since their sign changes on the basis of movement in the underlying’s price. The point at which the Vega of a call spread changes sign is around (K1 + K2)/2. If the stock price is below this breakeven point, the Vega of a call spread is positive and it becomes negative for stock prices above this point. In the case of a flat forward, meaning the zero dividends and rates assumption, the Vega changes sign at the (K1 + K2)/2 point. In the general case, the Vega changes sign around the forward, which we note could be several percent away from the (K1 + K2)/2 point.

As is the case for bull spreads, a bear spread strategy can be constructed using call or put options. Let’s first examine the case of bear put spreads which consist of buying a put with strike K2 and selling a put on the same underlying with strike K1 lower than K2. Therefore, holding a bear put spread requires an initial investment equal to Put (K2, T) – Put (K1, T).

On the other hand, a bear spread strategy can also be realized by combining a long position in a call struck at K2 and a short position in a call struck at K1. However, it is important to note that the payoff of a bear call spread is always negative whereas the payoff of a bear put spread is always positive. This is due to the fact that an investor implementing a bear call spread strategy is in fact selling a financial product and receives a global premium equal to Call (K1, T) – Call (K2, T). We can then conclude that a bear spread strategy can be achieved through buying bearish put spreads or selling bearish call spreads.

The maximum payoff occurs when ST = K and is equal to ε.

A butterfly spread can become a bearish or bullish product depending on K being below or above 100%. Most importantly, this specific three-option combination enables the holder to capture the curvature of the implied volatility skew. Also, the buyer of a butterfly spread is short volatility of the underlying. This structure can also be replicated using put options as follows:

The condor spread is similar to the butterfly spread strategy except that it involves four different strike prices. This strategy can be constructed using calls or puts. It is also a neutral option-trading strategy. Therefore his holder is also short volatility.

The maximum payoff is equal to 2ε and occurs when K2 ≤ ST ≤ K3. The condor spread strategy is difficult to achieve since the holder has to trade in four different options simultaneously.

A calendar spread strategy, also called horizontal or time spread, is achieved using simultaneous long and short positions in options of the same type (both calls or both puts) of the same strike, but different expiration dates.

Using calls, a calendar spread strategy is constructed through a long position in a call option that matures at T2 and a short position in a call with maturity T1 lower than T2. Both options have the same strike price K. Buying a calendar spread strategy requires an initial cost equal to Call (K, T2)  – Call (K, T1). Note that the value of this strategy is in fact equal to the difference between both options’ time values since the intrinsic values are the same at any point of time t.

A calendar spread can be bullish, bearish or neutral depending on the chosen strike.

The calendar spread strategy can also be used to take advantage of the volatility spread between the two options. And since the time value of the option with the lower maturity decreases faster than the longer maturity option, the investor could be willing to close his time spread position by selling at a higher price than the initial cost.

The straddle constitutes an interesting strategy for an investor who expects a volatile and large move in the price of the underlying asset, although the direction of this move is unknown. The premium paid for creating a straddle is equal to:

Also, put–call parity says that you can enter into a straddle by buying a call and a put, or two calls and sell a stock or two puts and buy the stock. A straddle is very sensitive to volatility. Indeed, the Gamma and Vega of a straddle are positive and two times higher than the Gamma and Vega of a call. The holder of a straddle is obviously long volatility. At the money the Delta of the straddle is not exactly zero, but close depending on the underlying’s forward since the put and the call deltas cancel each other.

The holder of a strangle is long a call struck at K2 and long a put struck at K1 lower than K2. Both options have the same maturity T and are often out-of-the-money.

As is the case for straddles, strangles are combinations adapted to investors expecting volatility of the underlying stock to increase.

An investor would prefer to buy a strangle instead of a straddle if he believes there will be a large stock move by maturity, i.e. the investor is even more bullish on volatility. The investor would realize a better profit from this strategy since the premium is much lower than the one paid for a straddle.

6.4. Arbitrage Freedom of the IV Surface

In practice we can only observe European option IVs, of a fixed maturity, at a finite set of strikes, K1, K2, . . . , Km. It is also the case that we can only obtain these skews for a finite set of maturities,T1, T2 ,... ,Tn. Even if the strikes or maturities happened to be very close, the following criteria must be met in order for the surface to be arbitrage free.

An additional restriction on such spreads is that if we were to divide by the difference in strikes, we must have:

The other consideration is the values of calendar spreads, which too must be positive.

In addition, all butterfly spreads must be positive; 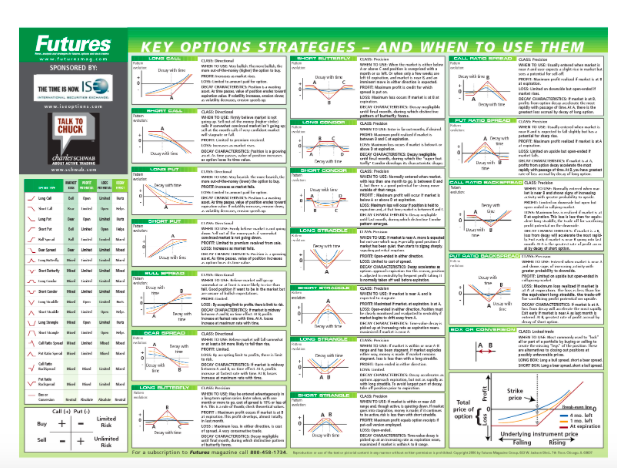